After a few German lessons, you are bound to have the desire to say: I do not understand. Saying it in German is even better. The verb ‘to understand’ in German is ‘verstehen’. The conjugation of that verb in the present tense is a follows: ich  verstehe du verstehst er/sie/es versteht   wir verstehen ihr […]

Whist learning German, grammatical queries do come up. I want to use this opportunity to illustrate another topic that students ask me during their German courses: What is the different usage of the prepositions ‘zu’ and ‘nach’? The preposition ‘nach’ can mean after when used with time; for example: Nach dem Fußballspiel gehen wir ein […] 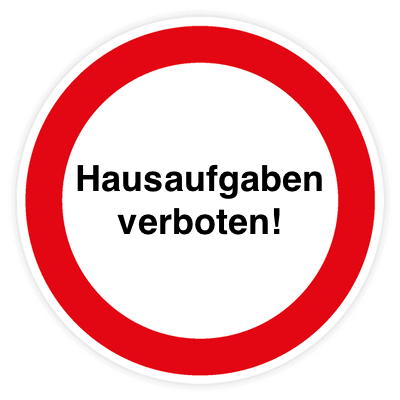 Studying the German language, learners come across modal verbs that express desire, ability, obligations or probability. In German, we conjugate the modal verb, which retains the second position in the main clause. The main verb is added in its infinitive form to the end of the sentence. For example: Ich darf meine Hausaufgaben nicht vergessen. […]

A Beemer, or BMW, made by the famous German car manufacturer Bayrische Motorenwerke in Munich, is a popular accessory for many and complements the German language learning experience. The car’s satnav and onboard systems set to German helps to pick up new vocabulary and learn the German imperative when the friendly satnav lady reminds you […]

Possessive articles indicate to whom or what something belongs. For example: Is this your pen? No, this is my pen. A conjunction joins words or groups of words. Some conjunctions in German are und (and), oder (or), aber (but), weil (because), and dass (that). An infinitive is the base form of a verb, which has […]

Being able to understand grammar terminology is crucial. But many people learning German find it difficult to come to grips with it. In 4 weekly instalments we are explaining in simple terms the most important terminology that you may want know before attending German lessons or classes: A noun is a person, place, thing or […]

The perfect tense (das Perfekt) is the past that German speakers most often use when describing events that have been completed. Learners of the language sometimes get thrown by the use of two different auxiliary verbs, or helping verbs, when forming the perfect in German. The helping verb together with the past participle, in layman […]

Sometimes whilst teaching German, I am being asked why German nouns change genders. It is ‘die Tür’, a feminine noun, and suddenly somewhere mid sentence it is ‘der Tür’. ‘Der’ being the definite article for masculine nouns. Do German nouns have gender identity issues? A justifiable question from an unsuspecting student or a precocious question […]

Teaching German at all levels, I am regularly tasked to explain cases to my students who tend to see them as an alien concept, but cases in German are easily explained. German has four cases: nominative, accusative, dative and genitive. Genitive is the easiest: it donates possession. The nominative case is reserved for the subject […]

Quite early on when learning German, you will have come across reflexive verbs. Reflexive verbs do also exist in English and can sometimes be translated by ‘myself’, ‘yourself’ etc. For example: He is pouring himself a cup of tea. – Er schenkt sich eine Tasse Tee ein. What does the term ‘reflexive verb’ actually mean? […]

The brothers Wilhelm and Jacob Grimm are, of course, famed for fairy tales like Hansel and Gretel, Rapunzel, Rumpelstiltskin and Cinderella, which are known and loved by children the world over some 200 years after the brothers published their first collection of folk tales. However, the brothers were not just storytellers. They were also trained […]

We have had a look at the Present Tense and Simple Past in one of our previous blogs. This blog is dedicated to the Perfect Tense in German. Many of you, who have already begun to learn German, may have heard that the Perfect is more commonly used in spoken German than other tenses describing […]

I see students struggle with the German prepositions ‘ an’ and ‘auf’ during my lessons. Both describe locations and require either the Accusative or the Dative case. If we can ask ‘wohin’ (where to), then the preposition requires the Accusative, and if we ask ‘wo’ (where), then the Dative is needed. This begs the question […]

In a previous blog article, I wrote about the challenge learners of the German language can face when declining adjectives. There are four cases in German, 3 genders and 1 plural, then there are three ways of declining an adjective: with an indefinite article, with a definite article and without an article (zero declension). That […]

During my German lessons, I see many of my students placing the finite verb in the 3rd position, as they would in their mother tongue. In German, however, the basic rule about word order in simple sentences or main clauses is that the finite (conjugated) verb is always the ‘second idea’. The finite verb is […]

If you have just started taking German lessons or have studied the German language for some time, then rest assured, understanding German tenses is much more straight forward than many think. In a previous blog I already touched on the subject. Today I would like to focus on how I go about teaching German tenses […]

In my previous blog I wrote about the declension of adjectives and I summed up the blog by stressing the importance of knowing the gender of nouns. Those of you, who have already started learning German, will most certainly have come across the definite articles der, die, das and may have wondered how to know […]

Declining adjectives is one of the most challenging parts of German. Most students taking up German courses or private lessons with us struggle with that aspect of the language, even intermediate and advance learners. How adjectives are being declined is depended on the article that precedes the adjective. There are three ways of declining adjectives: […]

During many years of teaching German to English speakers, I found that many students tend to struggle with the same aspects of German due to the different structure of English. This blog serves to highlight recurring problems to help learners of German to overcome these challenges. Yesterday, for example, I was teaching a regular student […]