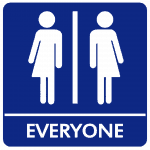 Sometimes whilst teaching German, I am being asked why German nouns change genders. It is ‘die Tür’, a feminine noun, and suddenly somewhere mid sentence it is ‘der Tür’. ‘Der’ being the definite article for masculine nouns. Do German nouns have gender identity issues? A justifiable question from an unsuspecting student or a precocious question from a grind? Justifiable of course and it confuses most learners of German. Nouns don’t change gender, but the apparent change of gender, the changing of articles, is due to their declension. ‘Die’ is ‘der’ in the feminine singular dative, ‘der’ ist ‘den’ in the masculine singular accusative case. Below a table with the declension of definite articles to help you mastering German.

One thought on “Do German nouns have gender identity issues?”