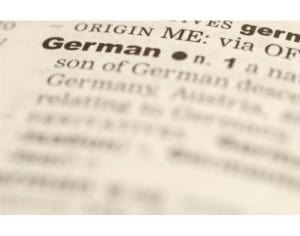 During my German lessons, I see many of my students placing the finite verb in the 3rd position, as they would in their mother tongue. In German, however, the basic rule about word order in simple sentences or main clauses is that the finite (conjugated) verb is always the ‘second idea’. The finite verb is the one that can be either singular or plural in the present or past tense.

There can only be one finite verb in each German sentence; infinitives used with modal verbs and past participles, for example, are not finite verbs and are positioned at the very end of the clause or sentence.

The verb-second-position applies even when some element other than the subject stands in the first position. This can be adverbs, adverbial phrases, noun phrases, pronouns, infinitives, or even participles.

A simple rule to remember: the finite verbs are the axis of a sentence, and everything revolves around it.

4 thoughts on “Position of the finite verb”