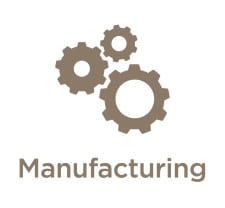 There have already been signs of growth in German manufacturing and this could now get a boost from a proposed EU – US trade agreement. This makes it a great time to increase trade with Germany and learning German here in London would give you a definite advantage in this respect.

The Transatlantic Trade and Investment Partnership (TTIP) is designed to make the export of goods between Europe and America easier and with less red tape. This reciprocal agreement could help to grow the economy by increasing manufacturing and creating jobs in a number of German industries and Germany in particular can build on its existing growth.

However, not all Germans are in favour of the TTIP and there are fears that the American influence could undermine some of the strict regulations in force in the EU to protect domestic manufacturing, particularly in the food and beverage industry.

Products which are controlled by protected designation of origin (PDO) and protected geographical indication (PGI) have to be produced in a specific location or region with ingredients wholly or mostly from that area.

The USA has generally opposed PDO and indeed some protected products have become generic names. March 2015 saw 50,000 people on a protest march in Berlin against the TTIP and concerns have been voiced in Germany that under the trade agreement you could see “Thüringer Bratwurst from Kentucky” or “Bavarian beer from Milwaukee” using inferior ingredients and with labelling that would mislead the consumer.

The designers of the agreement insist that EU regulations will be upheld, not only with regard to PDO and PGI but also to food safety standards.

It is not only the food industry which will benefit as under the TTIP most tariffs on goods imported in the US from Europe are to be scrapped meaning that all German goods will more competitive in the American market place.

It was hoped to have the agreement in place in 2014 but it should now be finalised in 2015 and the advantages it will provide will far outweigh the objections.

One thought on “Increase in German Manufacturing”