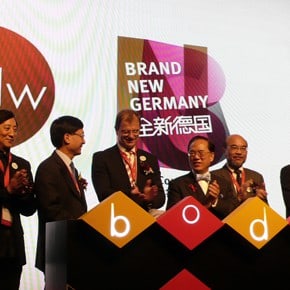 When doing business in Germany, you will probably at some point need to attend meetings and spend time in the offices of your German colleagues. To avoid making a faux pas, you should familiarise yourself with the business etiquette in Germany.

Most important is to have a working knowledge of the language, particularly your business sector. You can learn German here in London on a one to one basis, with your German tutor focusing on the specific areas that you need so that you can communicate confidently with your counterparts.

The British view of German punctuality is somewhat stereotypical, but being even a little late for a meeting can be considered a personal insult and damage your reputation.

Personal and business life tend to be kept separate in German offices, so don’t expect too much small talk. Discussing anybody’s income is a particularly taboo subject. Also, physical contact, other than a firm handshake, is generally unacceptable, so the shoulder patting and arm squeezing the British take for granted is unadvisable.

Respect the privacy of your German colleagues; if you find an office door closed, don’t enter without knocking and never call them at home unless you are faced with a catastrophe.

Germans are very direct in negotiations and say precisely what they want, and you will be expected to be the same. When making a pitch, avoid flowery sales talk and provide a thorough presentation of the facts. Similarly, if a project is presented to you, prepare to be inundated with facts, figures, graphs and charts.

You need to arrange meetings well ahead of time as your German counterparts will tend to have pretty inflexible schedules, and trying to rearrange a meeting at short notice will not be appreciated. Cancelling an appointment at the last minute is more taboo than being late!

At a business meal, the proceedings will usually be initiated by the host, so watch and follow!

One thought on “German Business Etiquette”