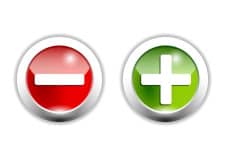 An annual survey conducted by Globescan on behalf of the BBC World service has shown that Germany is the most positively rated country in the world.

In 2014, in the 10th consecutive Country Ratings Poll, over 24,000 people in 25 countries were asked if they felt the sixteen countries included, plus the European Union, had a “mainly positive” or “mainly negative” influence in the world. Germany came top for the second year running with 60 percent.

Surprisingly Canada, which is not considered to have a great deal of influence at all, came second again. The UK showed the biggest increase in popularity but remained in third place. The USA and Russia saw the biggest falls in their ratings and the EU also dropped. North Korea, Pakistan and Iran were the bottom three once again

People were not allowed to rate their own country so all of the positive feelings came from outside of Germany. Within the EU the UK, France and Spain gave Germany the most positive ratings while, understandably with their financial crisis, the Greeks generally felt Germany to have a negative influence.

The findings confirm Germany’s status as the powerhouse of Europe and shows that the foreign policy of the current government is gaining increased respect on the world stage.

Output from the German manufacturing industry has also gone up, with orders having risen by 4.2 percent at the end of last year, and they are considered to be a strong trading partner throughout the world and especially in the UK.

With the feel good factor in Germany and the early signs of economic recovery, it is no surprise that inbound migration has increased as people, particularly in Eastern Europe, see a higher standard of living and the possibility of better opportunities.

While many businessmen in Germany can speak English, trading with German companies is far more professional if you can communicate in their native language and you will gain added respect. You can now learn German in the City of London without leaving your office.

Please contact us for more details of our one to one tuition or the availability of small classes.

One thought on “Germany – most positively rated”