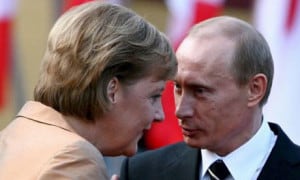 Russia German is a term describing Germans who migrated to Russia from the start of the 13th century to the end of the 19th century. They are also known as German Russians or Soviet Germans.

Tsarina Catherine II, herself of German descent, introduced an open immigration policy for Russia. Many Germans used the opportunity to leave Central Europe marked by religious intolerance, war and a difficult economic situation.

The number of Russia Germans declined under Alexander II, who repealed the open-door immigration policy of Catherine II and the tax privileges Russia Germans enjoyed.

The Russian census from 1914 put the number of Germans living in Russia at almost 2.5 million. In 1989, the German population in the then Soviet Union stood at nearly 2 million. In 1999, Germans made up the 5th most significant minority in Russia with just over half a million; 350,000 Germans in Kazakhstan, 20,000 in Kyrgyzstan and about 30,000 in Ukraine.

Russia Germans identify themselves through the regions they settled in or through their faiths: for example, Volga Germans who lived on the river Volga, Black Sea Germans, Caucasus Germans, Petersburg Germans, Lutherans, Catholics and Russian Mennonites. During and after WWII, most Russia Germans were settled in the eastern or Asian parts of the Soviet Union for obvious reasons.

After WWII until about 1995, many Russia Germans returned to the country of their forebearers.

Next week, we will be looking at the group of the Russian Mennonites. Why and how did they spread the German language across the globe?

One thought on “What is a Russia German?”