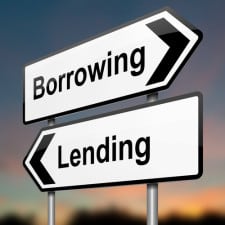 With an increasingly interconnected world, where businesses are outsourced and partnerships are key to expanding businesses on a global scale, being fluent in English alone is not enough.

Even if you are not running your own business, chances are that you work in a dynamic, multi-cultural environment and with that comes issues like bonding well with co-workers of different nationalities and avoiding cross-cultural conflicts, among other things.

Besides, you yourself may be looking to move to another country to expand your career, experience living in another country, to join your family or study abroad.

Germany has ranked amongst the top ten places British citizens move to. Recent figures show that there are approximately 97,000 British expatriates living in Germany and another 39,000 pensioners calling Germany home, at least for some time.

Now, while the idea of a ‘global village’ is exciting, the reality is that if you are moving to Germany or working in Britain with a German multi-national firm, some intermediate knowledge of the language is imperative .Attending a German language course will get you up to speed in no time.

There are numerous words in the German language that simply do not have an equivalent direct English translation. As a result, what does the English language do, and for that matter all languages? We loan words. However, consider the consequences of poor direct translation without real knowledge? Miscommunication, odd looks and worse still, others feeling offended! With a good German language course or a private German tutor, these mistakes are easily avoidable.

Below are some examples of German loan words, that despite the fact, English has embraced them into their own fold, mean something quite different in English!

Before you think again that loan words mean the exact same thing in their native language, keep in mind these German loan words. The last thing you need to do is offend your foreign co-workers or worse still, your boss!

One thought on “German Loan Words In English”