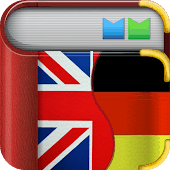 English has been steadily adopting words from German for several centuries. I will describe a few here; the tip of the iceberg so to speak. And there we have the first word that has been loaned from German: the iceberg.

We have all heard of the über-cool word doppelganger which is also a German term. Doppel meaning double, der Gänger derives from the word gehen (to go) – hence der Doppelgänger.

Most of us have been to the kinder garden, mused over the meaning of zeitgeist, seen the movie Poltergeist and heard of leitmotiv and angst – all loaned from the German language.

Anyone living in Middlesex, Essex or Sussex may wonder where these place names originate. Middlesex derives from Middle Saxony, Essex from East Saxony, Sussex from South Saxony. Saxons settled in England during the fifth and sixth centuries and liked to give places familiar names.

Arriving late for work because the railways are kaput? Today, broken railways are of course not the fault of Germany’s Blitzkrieg. The word kaput is German though, as is der Blitz (lightning) + der Krieg (war) = der Blitzkrieg.

Are you wallowing in Schadenfreude when your colleague draws flak from the boss because he is late for work again? There we have two more words loaned from German: flak and Schadenfreude. Flak is an abbreviation of the word Flugwabwehrkanone (air defence canon). Schadenfreude is made up of Schaden (the harm or damage) and Freude (joy). Therefore, Schadenfreude is the pleasure one takes in the misfortune of others.

We’ve all eaten Apfelstrudel (apple strudel), we measure the temperature in Fahrenheit, drive around in cars with Diesel engines, eat Frankfurters and Hamburgers – all German.

Tokio Hotel, Kraftwerk, Einstürzende Neubauten are German bands. However, Motörhead is not German – it is an English band that has loaned, or shall I say stolen, the Umlaut from German. Confused and want to start taking German lessons? You better get in touch with us!

One thought on “German expressions in English”