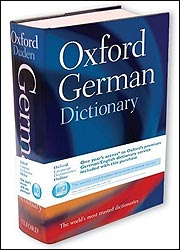 In our previous blog we have been looking at German words used in English and now we would like to introduce you to English words used in the German language.

The German language uses English words because it isn’t always easy to find a suitable German equivalent. The loaning of words eases communication and makes it easier to introduce new products and services with the same name across several countries.

Germans like to go shopping (shoppen), both on-line (on-line) and in shopping centres (Shopping-Center). They search the Internet and use the verb ‘to google’ (googeln), if they download something they use downloaden. If the on-line order hasn’t arrived they make a call and are connected to a call centre (Call Center). Other verbs that have been taken from English are interviewen, surfen, leasen, daten, relaxen, switchen, piercen, managen, bloggen, joggen, outsourcen. All verbs loaned from English are classed as regular verbs in the German language. Want to know how to conjugate a German verb? Get with one of our German tutors!

One thought on “English in the German Language”