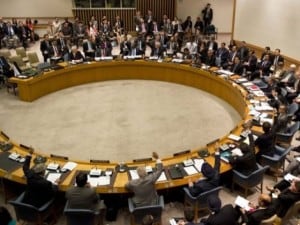 There is an official body for regulation of the German language, just as there is for many other languages. These institutions are often called language academies. In the case of German, the role is fulfilled by the Council for German Orthography, shortened to RdR from its German name, der Rat für deutsche Rechtschreibung.

Der Rat is composed of members from Germany, Austria, Switzerland, the South Tyrol region of Italy, the German-speaking Community of Belgium and Liechtenstein. It was formed in 2004, when it replaced the existing Intergovernmental Commission for German Orthography (Zwischenstaatliche Kommission für deutsche Rechtschreibung). The RdR was formed following the German orthography reform of 1996 which set out to simplify the spelling of the German language in order to make it easier to learn.

In fact, you could draw a comparison to the differences between UK and US English. US English has simplified spellings which, though they are opposed by language purists, make for easier learning by foreign speakers. The German reform was controversial, but nevertheless the new standards became compulsory in schools and public administration and have gradually been accepted even by some of their fiercest opponents.

When you undertake a German language course today, you will learn according to the new standards, so you can judge them for yourself. You can learn German in London with our native tutors, all of whom are dedicated and experienced in teaching German to adults.

One thought on “Council for German Orthography”